This is the “Hall of Shame…” The truth is that as time relentlessly moved on, I had writing contracts, weekend music work, a “real job”, and Denise and I had kids to raise. As a result (well, as an excuse), I did less and less artwork—and for the last few decades, almost none. When I retired from teaching in 2020, I resolved to return to painting and drawing, but I found that a rather considerable layer of rust had accumulated on those unused and now very flabby reflexes. Below are a few watercolors I’ve done in 2021, which (to me) mostly show how far I have to travel to get back to where I once was. But I’ll strive to do that. 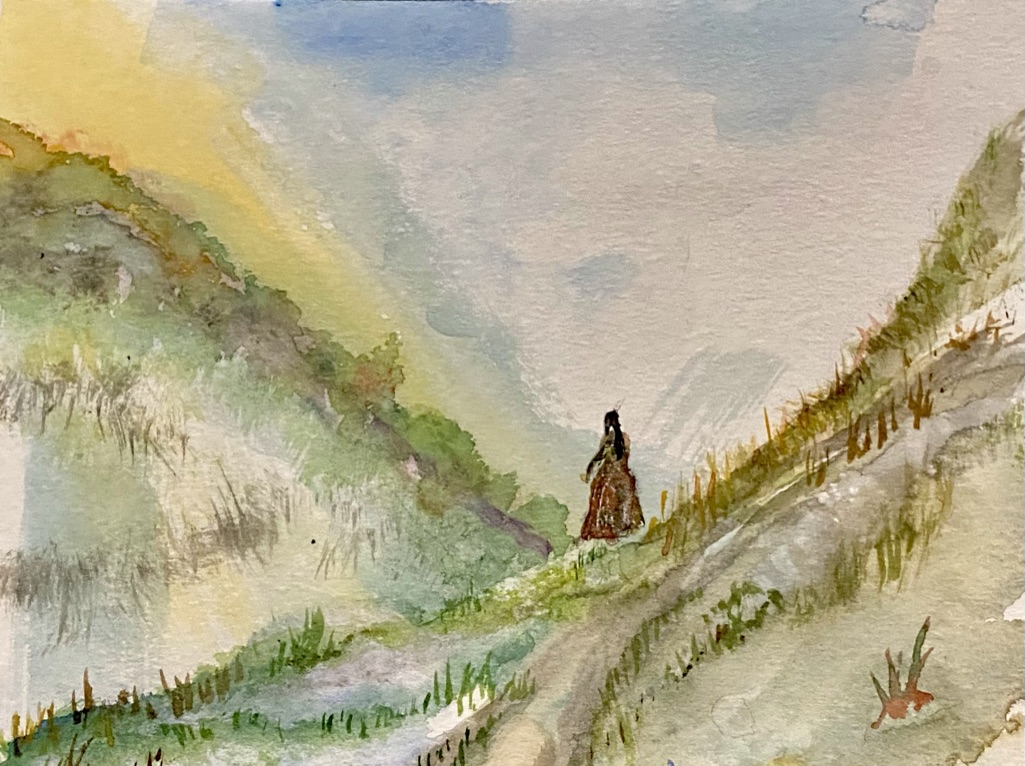