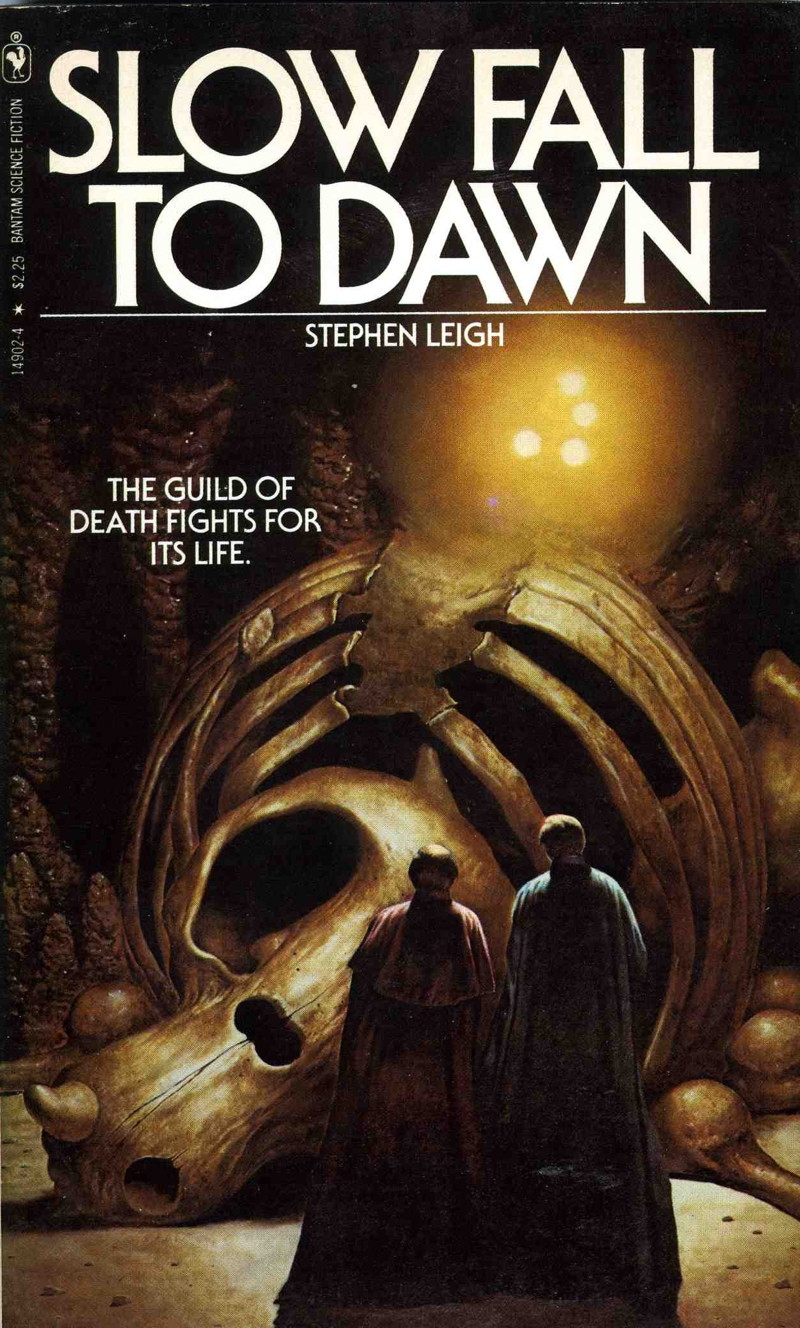 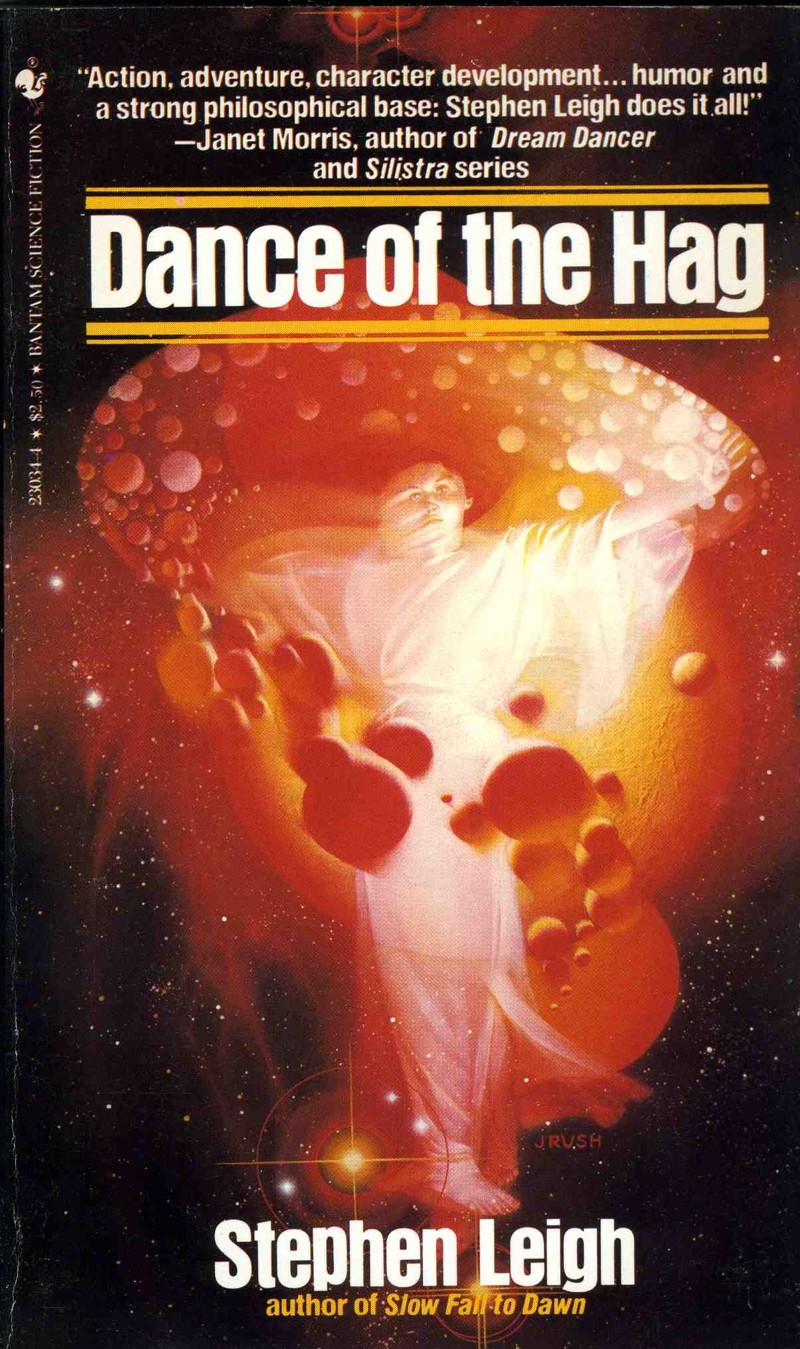 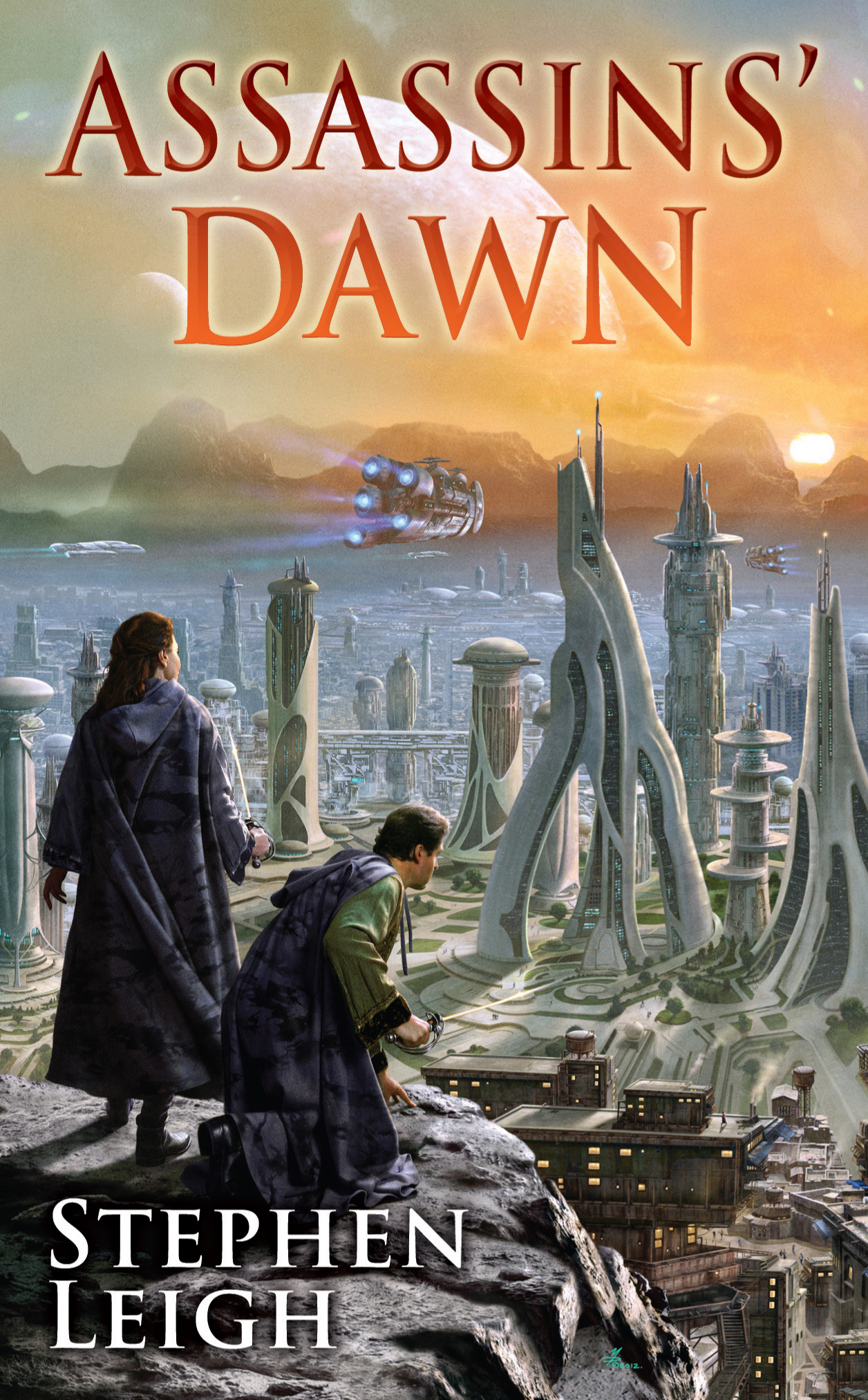 ASSASSINS' DAWN is the omnibus edition of my first three books, which comprised a trilogy about a group of "ethical assassins' called the Hoorka. They live on a backwater world called Neweden, whose culture and society tolerates assassinations and violent confrontations, and so the Hoorka fill an ecological niche in this society. They don't guarantee the death of the contracted victim, only that the attempt of the person's life will be made... because only the gods can decide whether a person should live or die.

This works for Neweden, but Gyll, the creator of the Hoorka, has aspirations for the guild to go offworld, into the realm of the Alliance -- a new and growing organization that is trying to knit back together a shattered and forgotten empire. But will the Hoorka be able to co-exist on worlds whose social structure is not the same as Neweden's? Can they survive the transition, and will the Alliance permit them to do so?

Read ASSASSINS DAWN and find out! I do love the cover for the omnibus, which is by the very talented Paul Youll!

If you could create a group of ‘ethical assassins,’ what would they look like -- that’s the genesis for the book. Cover Art by “Bantam Books” according to the cover page. Monochromatic and rather simple, but I like it!

DANCE OF THE HAG

Yes, it’s a sequel... I've yet to figure out what the cover is supposed to represent (a woman dancing in a lava lamp?), but gee, it's pretty even if it's not literally a scene in the book... The cover art is by John Rush

DANCE OF THE HAG was dedicated to John Massarella, my English teacher from high school. John gave me vast amounts of encouragement and insight, and unfortunately died before he was able to see the dedication

A QUIET OF STONE

The cover painting is a gorgeous painting by Jim Burns, and if still one of the best covers I’ve ever had, in my opinion.

The book was dedicated to “The Family” -- my parents Walter and Betty Leigh, my sisters Sharon & Pam, and my grandmother Eva (whom we all called Gigi.)

REVIEWS OF THE NEWEDEN TRILOGY

"Action, adventure, character, humor and a strong philosophical base: Stephen Leigh does it all!" - Janet Morris, award-winning author

"Leigh writes with an ornate, but very readable, style.... In this regard, [Slow Fall to Dawn] offers a better read than many contemporary SF novels twice its length."—The PorPor Books Blog