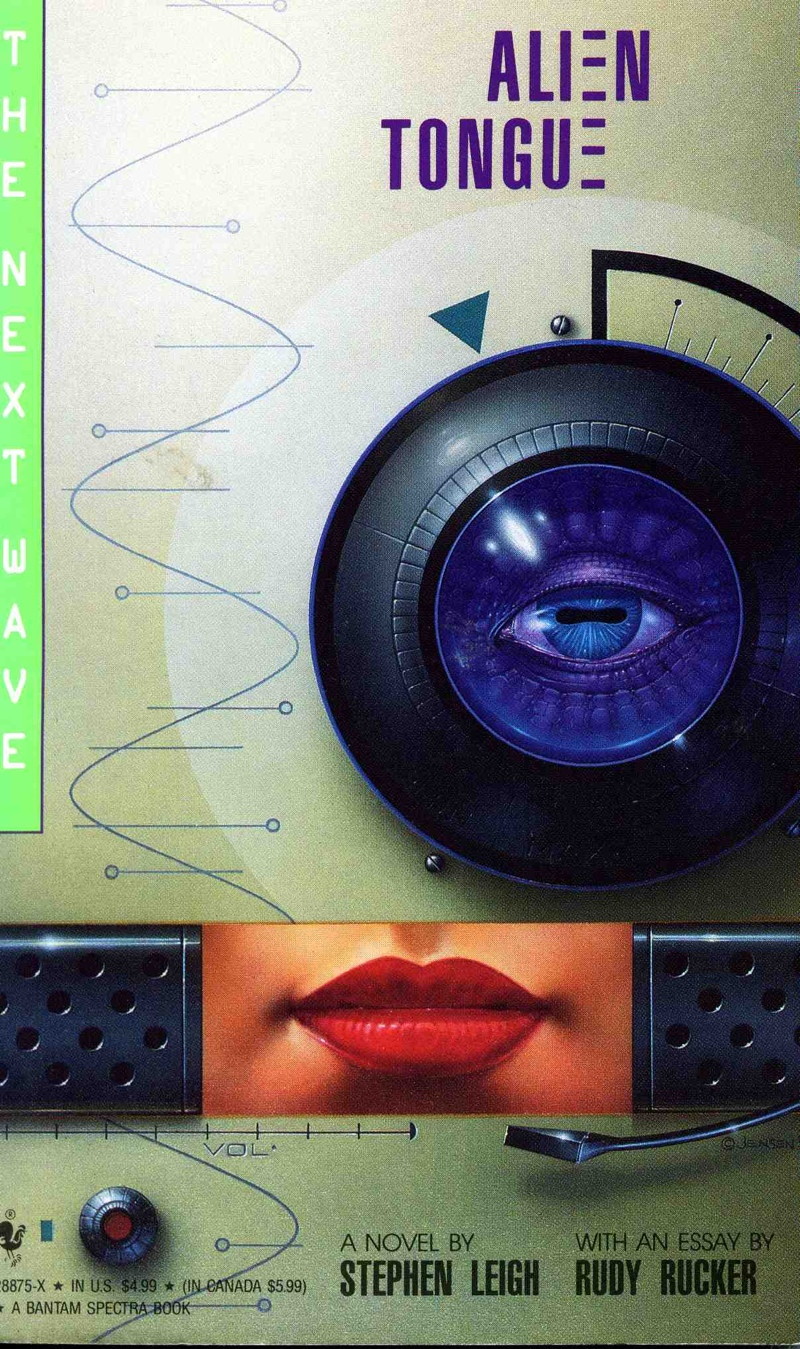 Even though ALIEN TONGUE is essentially about first contact with an alien race, it's also about the 'alien-ness' of the relationship between two people, and at the core, about language and how it shapes our perceptions. In fact, the Avia, my aliens, come directly from the question "What would a race be like if they had no word in their language for the concept of telling a deliberate untruth?"

I love this cover by Jensen, and the original, which I saw at a worldcon art show, was even more striking.

Dedicated to Mary Mertens Fitzsimmons. Mary was one of the most incredible human beings I ever had the pleasure to know.

Though this was nominally 'work for hire,' in the sense that Byron Preiss Visual Productions put together a 'series' of novels based on the 'standard' themes in science fiction (mine being "First Contact"), each book combining an essay by Issac Asimov on the subject as well as a science essay on the subject (with Rudy Rucker providing that essay in my book). However, the novel in each book was entirely original, and I'm still very proud of ALIEN TONGUE, and consider it one of the best of my 'early' books.

"This is lickety-split action-adventure science fiction, with some up-to-date sex and martial arts thrown in for good measure... Leigh has constructed his crackerjack plot with a fine eye." - Tim Sullivan reviewing in the Washington Post